Esc(ape) Online’s writer / creator Christopher Kerr, along with friend to the project JR Bryden – who also lends his voice to some of our sizzle-reel characters –  named as winners from the Hollywood Hills Awards logline competition!

Christopher is collaborating with JR on a potential Television adaptation of the latter’s literary trilogy:  The Metonym.

“A pragmatic detective is forced to question his sanity when confronted by a morally conflicted serial-killer.” – https://jrbryden.wordpress.com/writing/ 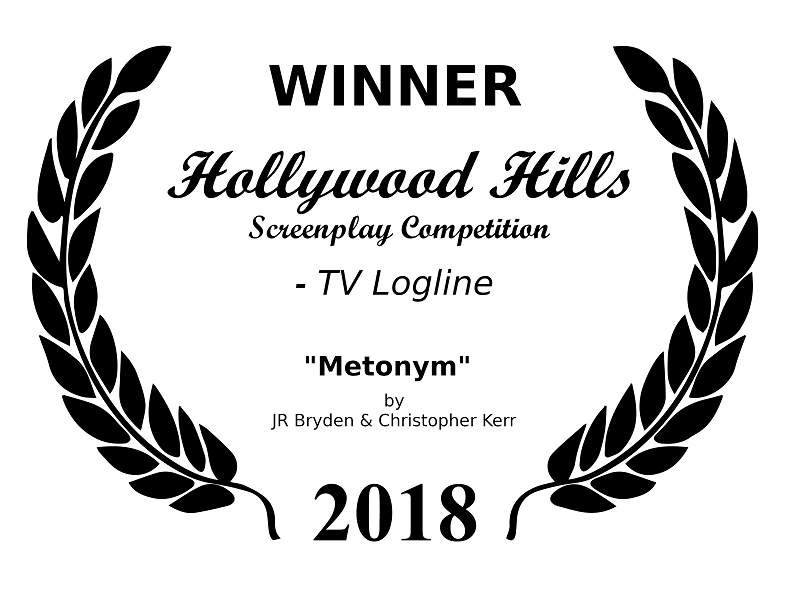